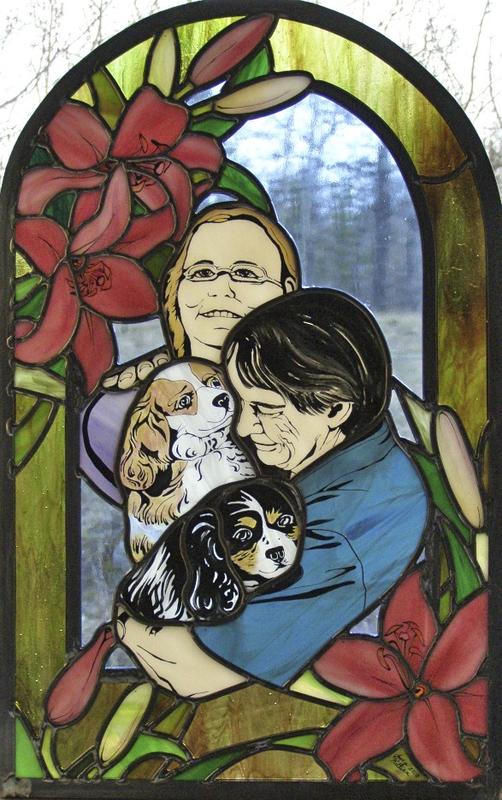 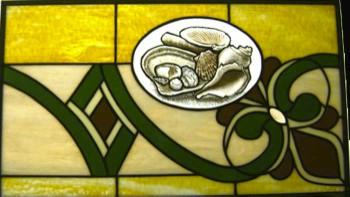 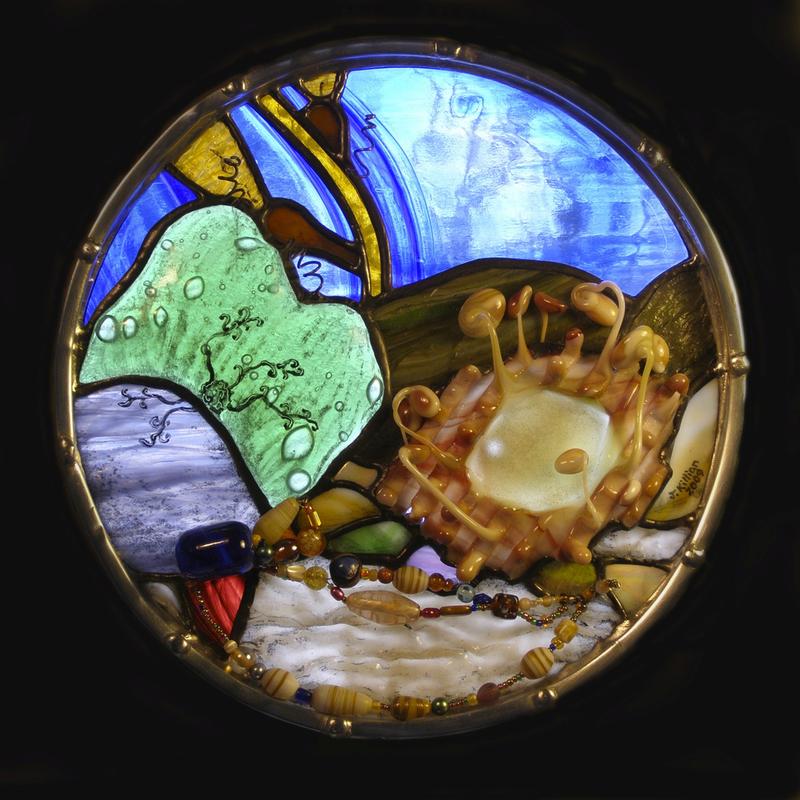 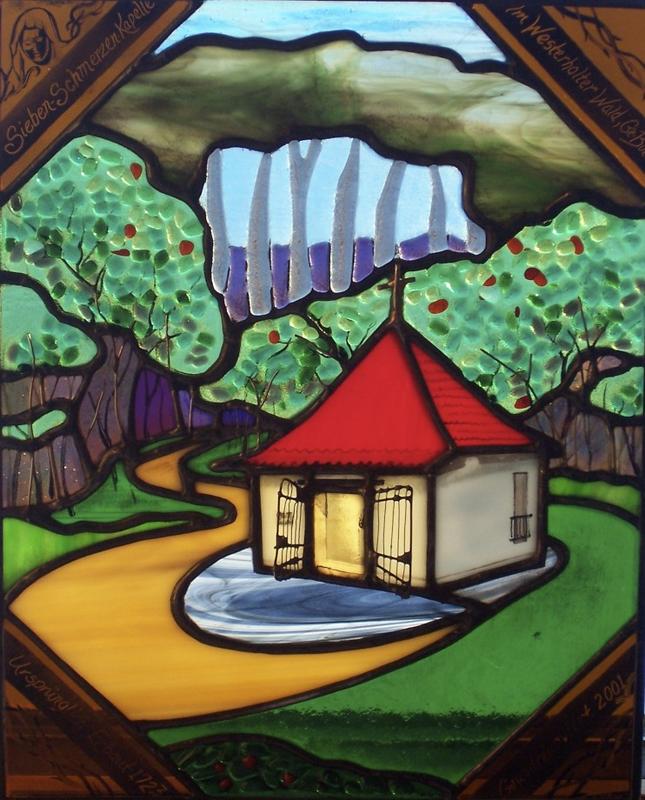 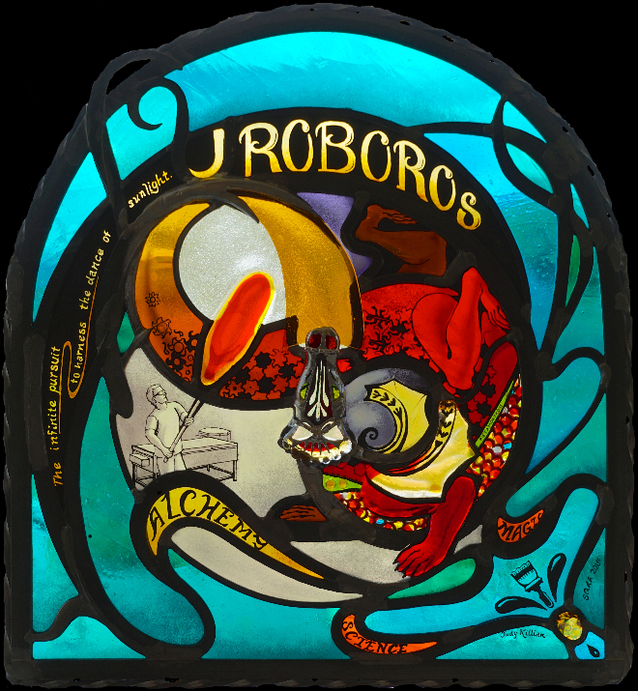 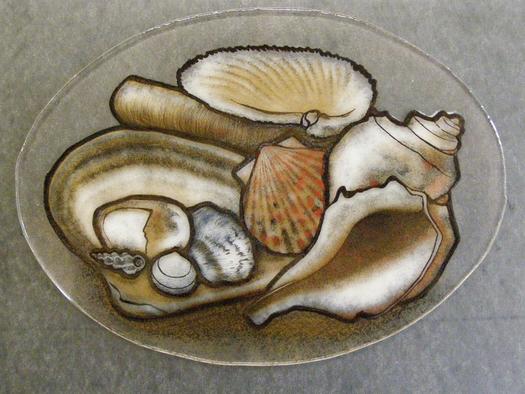 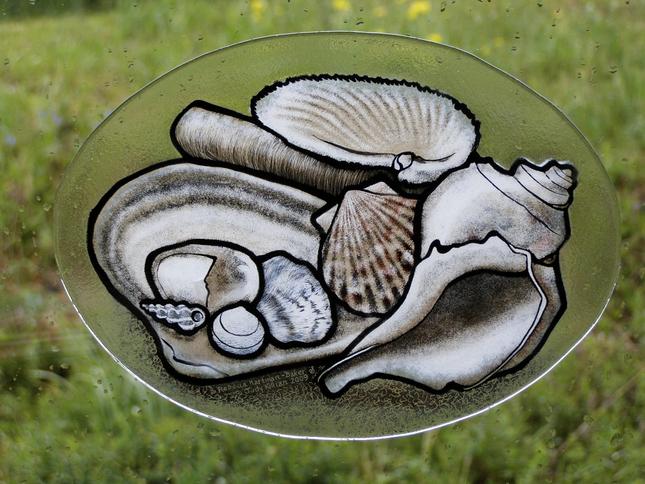 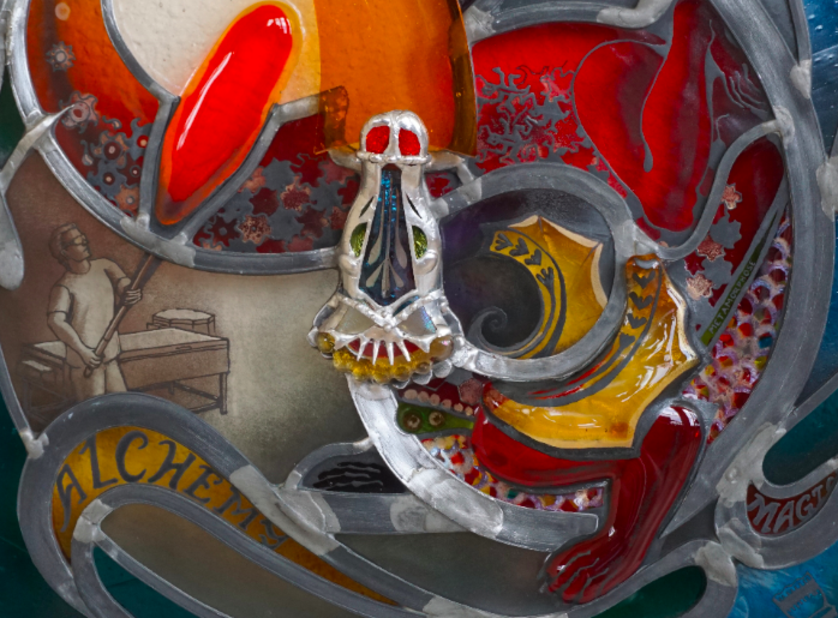 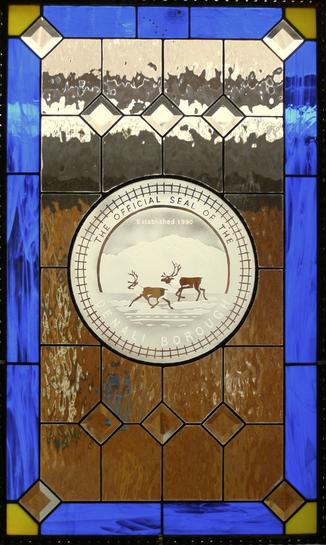 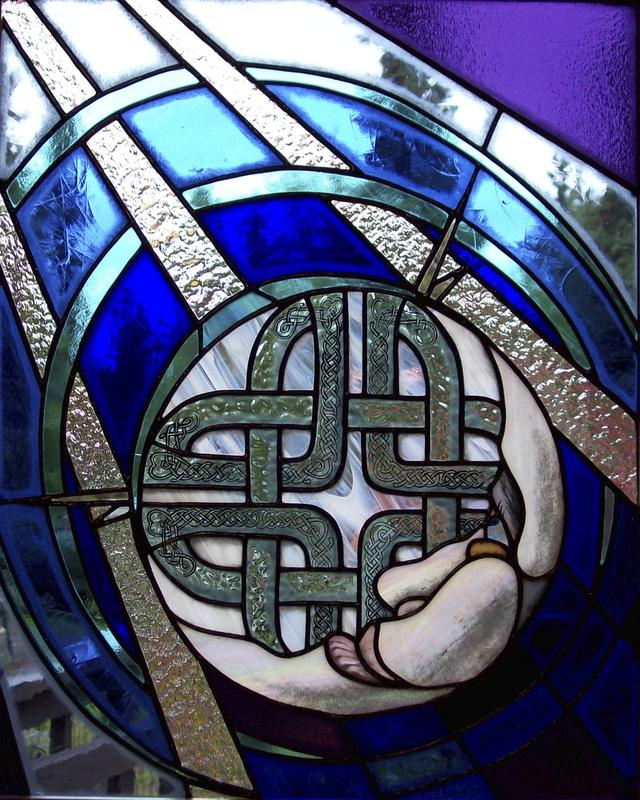 These images may take a few seconds to load depending on your technology.

"The Chapel of Seven Sorrows"

Fused and Painted By Judy Killian

The Photos show different lighting on the painted shells. The window was designed by Judy Killian to match Pat's tile pattern,

The window was built and delivered by Rebecca Hartman. This window traveled all over New York State with us in 2009 for a month before delivery, and then was most likely destroyed in a Huicane that hit Rock Port, NY a few years later. 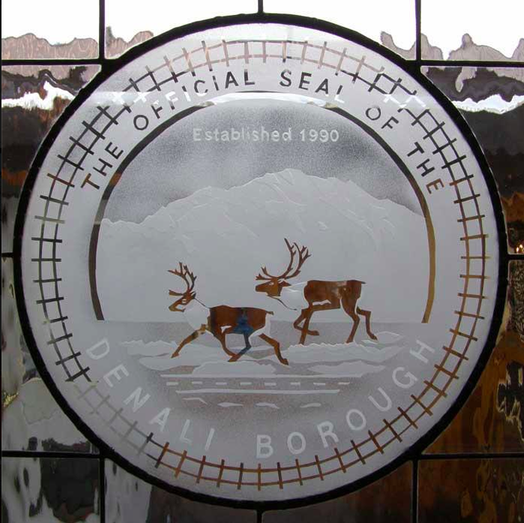 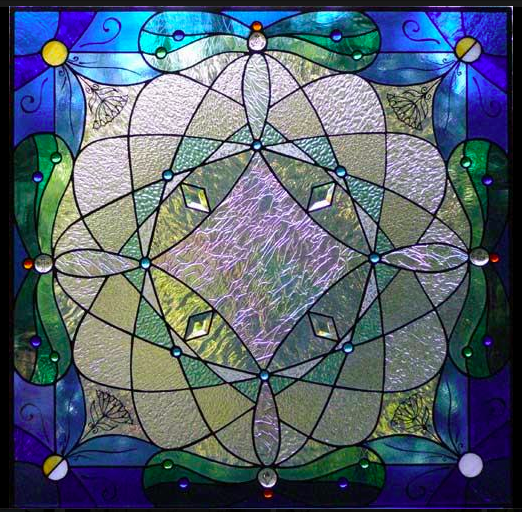 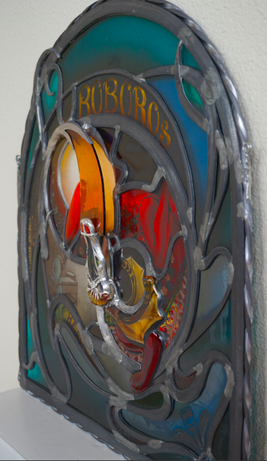