Bahia de Los Angeles, Baja California for Mira Costa College, including illustrating their pamphlets and a of couple murals.

1994, -Opened Local Color Art Gallery and Studio, Denali National Park, Alaska.    After one very successful summer I decided it was

more fun in the studio and happily sold my work in other peoples galleries.

2000, -Made a Catholic Pilgrimage to the Holy Land and Italy, which began my pursuit of a more permanent art medium

-Began studying stained glass in on line forums. I can not thank Vic Rothman enough for all his help and instruction

-Spent an intense month studying glass on the east coast with Rebecca Hartman. We traveled to many studios, Museums,

-Became a member of the American Glass Guild 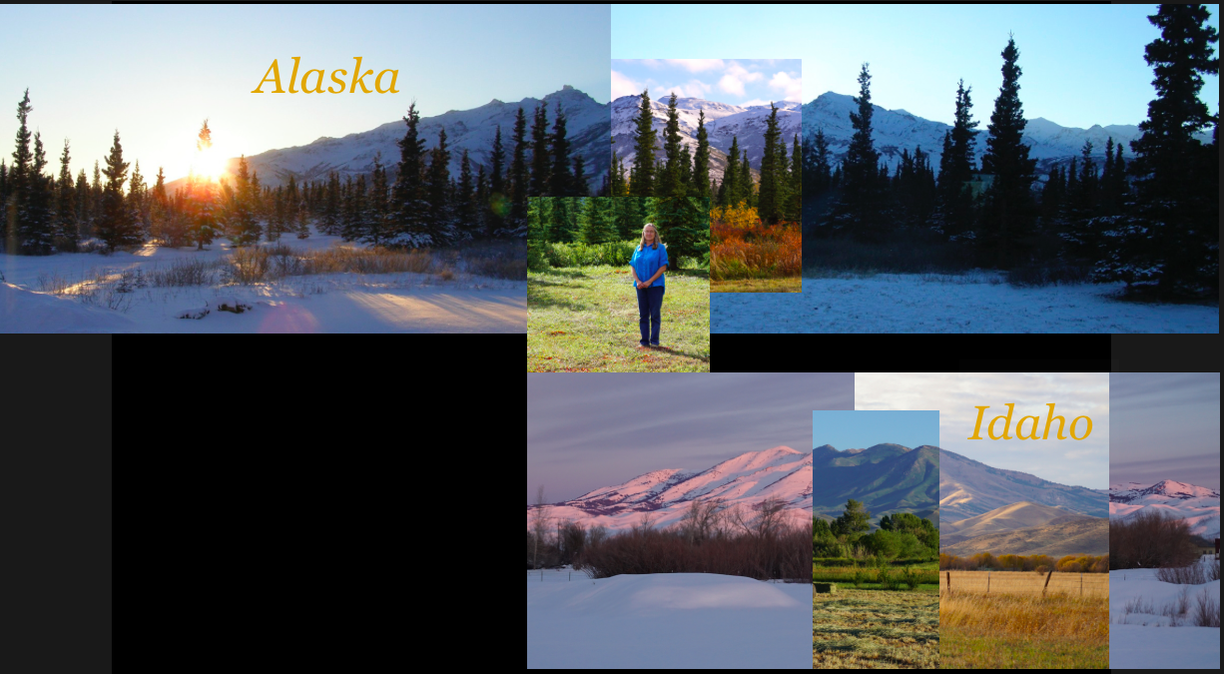 I had many wonderful art teachers.

including illustrating a book

Artist Statement
​      An old jack rabbit lived in an aging orange grove in Escondido, California back when that was normal.  While nibbling along the trail, getting high on the blossoms’ aroma, he noticed eight old trees missing and a home growing there with a baby girl watching him from her high chair.  One morning, when she still spoke in single words, she declared, ‘Bunny.’  Upon inspection, her mother was surprised to find an oatmeal rabbit sitting at the bottom of her bowl.  That was the beginning of my wild and winding journey down the artist’s trail.

My soul has known darkness and confusion, like many others. It has also known great joy and love in my adventurous Alaskan life. I have often found my peace in walking with God and trying to understand His creation around me, since I rarely understand humanity. I want my artwork to more than reflect the beauty I have chosen to live amongst in Alaska, and as of 2014 Idaho. I hope it will inspire people for years to come. Around 2000 my spirit was dry, and nearly dead. I began to rebuild it with this course of action :

1. Nothing in this moment needs to change.

2. Find Good and Beauty in this moment.

3. Give God thanks for the good and beauty in this moment.

Now I walk most days with sweet inner joy. And I guess number 4 would be a determination to share the good and beauty with others daily.

Another thing that changed about the same time, was I found a deep need to pursue an art medium that was more permanent than watercolor paper. This started an intense study of stained glass, new and traditional techniques. When I paint with watercolor I save out the whites to represent light. When I paint with oil and acrylic I add white to represent light. But with Stained Glass the light is actually light from nature. I have a very strong relationship to the sun. For 33 years, I lost it for 6 weeks every winter in Alaska. As the sunlight outside changes, so does the artwork in stained glass. The art is thus alive in a way that no other art medium has offered me. So this is the medium that gives me the most pleasure to fill with symbols and stories buried in one piece.

I like to create works that give the observer a reason to discover little things the longer they look. Little things that will hopefully trigger big thoughts.